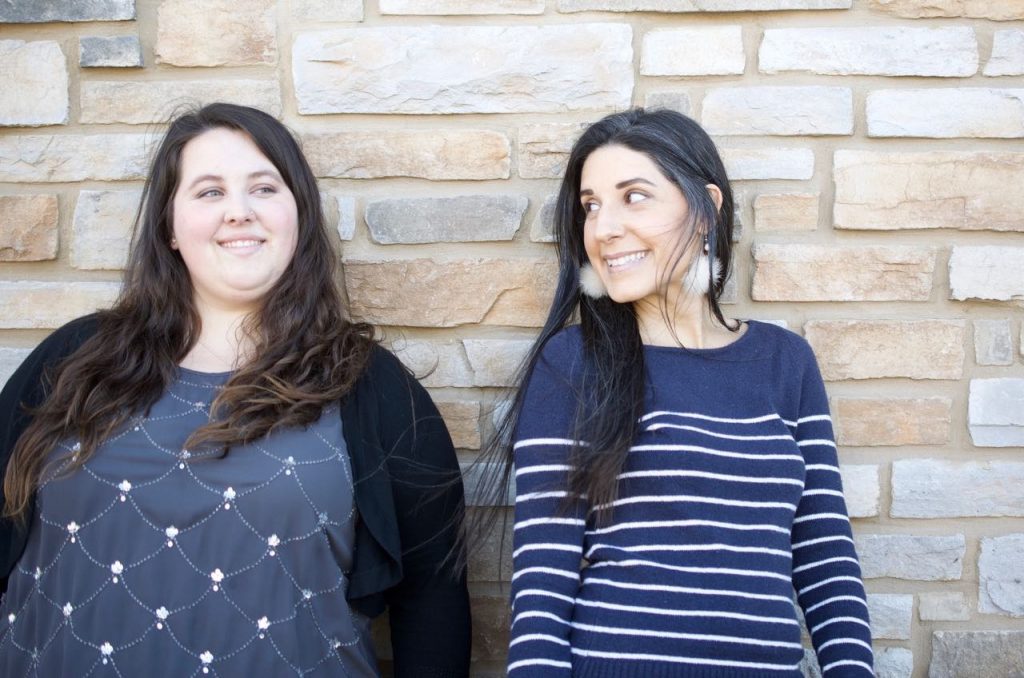 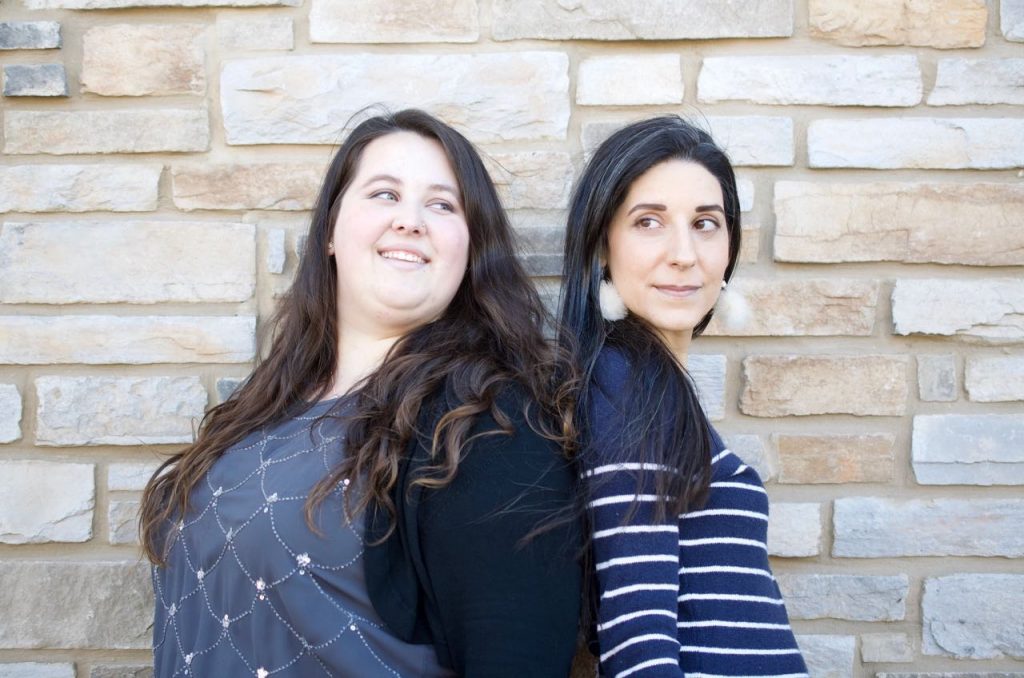 Who are we? How did we meet?

At 17, I started to have continuous abdominal pain that felt like menstrual cramps, even when I wasn’t on my period. My legs ached nonstop, too. The nausea was overpowering. Out of the blue, I suddenly felt so sick.

Soon, I was carrying around plastic bags in my purse in case I suddenly needed to urgently puke or poop – could be either! – and there was no bathroom in sight. I was having diarrhea literally 25 times a day. That brought about a whole new range of problems: chronic fatigue, chronic dehydration, annual kidney stones, and a persistently weakened immune system.

Not to mention the actual period cramps – debilitating, out-of-this-world-pain that caused me to writhe on the floor, scream out in agony, throw up, and go to the ER. No medicine helped it, so I was absolutely terrified of my period. A major focus for me over the years has been learning how to get through excruciating pain.

Yet despite all this, no doctor could find anything wrong with me.

Two colonoscopies, an upper endoscopy, a laparoscopy, countless ultrasounds, neurological tests, allergy tests, stool samples, blood work, and more, confirmed over and over again by 11 different doctors that I was in “excellent” (yes, excellent!) health.

So, for years, I thought – in spite of my incapacitating menstrual pain and all my other symptoms – that I had nothing wrong with me. After all, that’s what I’d been told by every doctor I saw. Actually, I had been told by countless gynecologists that I couldn’t have pain like that, that those symptoms were psychosomatic and I should see a psychiatrist.

When I was 19, I stumbled upon a book in the store about healing chronic fatigue. Completely desperate with my own chronic fatigue, I committed to the dietary and lifestyle changes the book suggested. Within a week, I saw a major improvement in my diarrhea, and within a few months, both my fatigue and chronic pelvic pain lessened. I was shocked that after two years of seeing multiple doctors and trying countless medications to no avail, my symptoms decreased by changing the way I lived. That’s when I realized that my habits played an important role in how I felt, and from then forward, I spent most of my free time researching, reading, and educating myself on the body. I learned about how it’s a complex system influenced by a multitude of factors, like food choices, sleep routines, environmental toxins, and even thought patterns. It took a few more years of trial and error, but I found a combination of diet and lifestyle changes that helped manage my symptoms. By my mid-twenties, although I still had diarrhea, fatigue, chronic pain, nausea, and so much more, I had become well enough to work full time – something that wasn’t possible for many years when my symptoms controlled my life!

In spite of all my progress, the one thing that never improved was those debilitating period cramps. In fact, those only got worse as the years passed. Around 30, I also started having that same pain away from my period, during intercourse and bowel movements. Soon it was also triggered by eating foods that were previously “safe” for me. Or when I drank something cold. Even when I sneezed.

Once again, I went to multiple gynecologists, searching for answers, and one finally said she suspected I had endometriosis.

After learning about the importance of seeing an actual endometriosis specialist, I had the incredible forture of finding one in my city and getting an appointment with him a few months later. The ultrasound he did showed I had a grapefruit-sized mass on my left ovary. Two surgeries later (the first with a gynecologic oncologist to remove the mass, which they originally thought could be cancer, and the second with an excision surgeon), I lost my ovary and was diagnosed with stage IV endometriosis. I had endo on my bladder as well as small intestine and large intestine.

Getting diagnosed has solved the mystery that has been hanging over my health for over half of my life! Sixteen years after the onset of my symptoms, I finally know the reason why I’ve been so sick.

I feel grateful that I finally have a diagnosis of endometriosis and that I had the privilege of receiving the gold standard of care. But it saddens me that for years I lived such a poor quality of life, and it breaks my heart to think that my endo story is similar to that of millions of people. We struggle to be diagnosed, believed, and heard. Then we struggle to receive proper treatment and care.

We endo warriors are in this together. Since being diagnosed, I have met so many incredibly strong people who are also trying to live as best they can with this devastating disease. We are learning how to manage our symptoms, find acceptance, and get through the really dark moments. The endo community has brought me so much comfort and strength. While it’s absolutely awful that we have endo, it’s so fortunate that we can learn from and support each other. 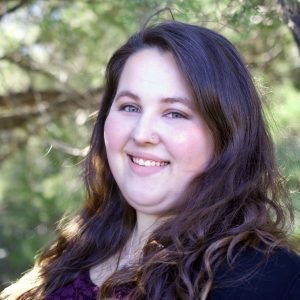 Through Amy, I have seen the struggles firsthand that you endo warriors can go through, and I want to tell you how strong you all are and how happy I am to be here to help support you.

I don’t have endo, at least that I know of, but I do have my own hormone problems. While I don’t have debilitating period pain like some of you do, I have lived around enough menstruators to know that my period pain isn’t normal. I have a lot of cramping, a very heavy flow, and terrible nausea, so Amy and I bonded over the fact that we dread getting our periods.

What’s really influenced me is that at 9 years old, I was diagnosed with Celiac disease. I had been sick before that with bronchial infections, pneumonia, allergies, and skin problems, and when I went gluten free all of that cleared up. So from a very young age, I had to learn that what I ate affected my health and how I feel.

My mom also has Celiac’s disease, so living at home made it easier to follow a gluten-free diet. Once on my own in college however, I found it much harder to strictly follow this diet. That was 10 years ago, when gluten-free options were not as widely available. Also, in many ways I just wanted to be a typical college kid. So I ate pizza, pasta, and a lot of other typical college foods, and I saw my health problems skyrocket again. I also realized that gluten affected my mental health and played a huge role in my anxiety.

For the past several years, I have been 100% gluten free, which isn’t easy at times, so it’s something I feel proud of. I love baking, and I’ve learned to make everything from gluten-free cinnamon rolls to gluten-free scones. In my free time, I love to watch crime thrillers, read novels set in Victorian times, and hang out with my husband and beautiful doggy! 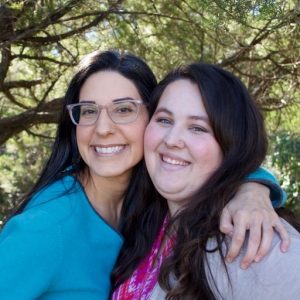 Brittany and I met at work three years ago and instantly clicked. We have so much in common: we are both gluten free, from the Northeast, and have a great sense of humor.

Within the first few weeks of friendship, I called her work extension to come rescue me from an endoflare. Once someone sees you trapped in the bathroom stall, sobbing uncontrollably from pain and curled up on the floor puking in the toilet, it either makes your relationship really uncomfortable or even stronger. We became best friends, and Brittany also became my “emergency driver” at work.

In Brittany, I have found so much support in facing my health challenges, and Brittany says I have given her inspiration in hers. Both of us are trying to feel better, not be limited by our health conditions, and ultimately be happy with who we are and the lives we have.

When I decided to start this podcast, it was obvious that I needed Brittany and her hilarious jokes, practical tips, and life perspective on the show. Brittany has played such a huge role in my life since I met her, and I know you will learn as much from her as I have!

Want to learn more about us?

Definitely listen to Episode 1: Introducing a Dragon that Ate My Ovary, a hilarious episode in which we introduce ourselves (and all of our health woes!) and talk about why we started this podcast.

Check out our podcast profile for Finalist: BEST IN PODCAST for the 9th Annual WEGO Health Awards.